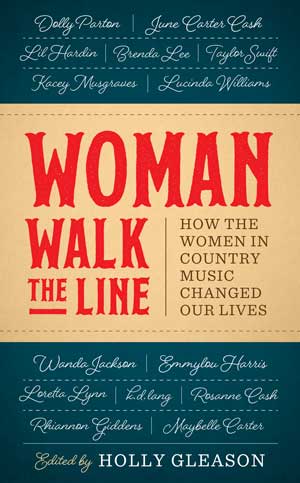 Woman* Walk The Line: How the Women in Country Music Changed Our Lives by Holly Gleason (editor), University of Texas Press 2017

It is 1987. Lucinda Williams sits at the bar of the Palomino Club in North Hollywood. Jim Lauderdale and Buddy Miller are there too, swapping tour stories nearby, while Candeye Kane sets up on stage. What a picture. I feel like I’ve waited years to catch a glimpse like this of Lucinda Williams. No one has ever written a serious biography or a book about her music. The feature articles I’ve read over the years have, predictably, focused on her personal life and her reputation as ‘difficult’ in the studio. If that’s true, I hope she stays difficult because her last few albums have been these remarkably spare but utterly evocative dreamscapes. I can maybe think of three other records in my collection that match Ghosts of Highway 20 for atmosphere. Time Out of Mind, maybe? On The Beach? Kind of Blue?

‘Difficult’ sounds like what happens when a musician who happens to be a woman demands that her record sounds like what she hears in her head. Imagine how ‘difficult’ the three artists behind the albums above were during the recording sessions. The normally arch-mellow Daniel Lanois smashed a dobro in frustration after a day of dealing with Bob Dylan during the Time Out of Mind sessions in New Orleans. Bob really is difficult in the studio and this is well known. But it’s not the important part of the story, is it? Lucinda Williams is, for my money, creating better music than just about anyone on the planet at the moment. She is a gifted writer, a brilliant performer, and her albums get better and better. Why isn’t she on the cover of those rock magazines so beloved of men my age? Look at the credits for Where The Spirit Meets The Bone. Tony Joe White, Bill Frisell, Ian McLagan for heaven’s sake. It’s a MOJO reader’s wet dream!

The answer is pretty clear. A cover story featuring Bob or The Beatles will sell, cover stories about women do not, apparently. It’s depressing but true. Despite the pioneering efforts of writers like Lillian Roxon and Ellen Willis, writing on popular music is still dominated by, if not actual men, a male aesthetic around what is valuable in rock and roll, blues, country, and so on. 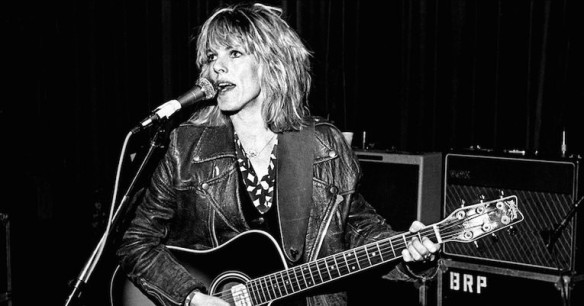 The image of Lucinda in the Palomino comes from a new book called Woman Walk The Line: How the Women in Country Music Changed Our Lives. It’s a collection of personal essays curated and edited by Holly Gleason, a journalist and songwriter in her own right. I will confess that I only picked it up because I noticed that there was a piece about Lucinda written by Holly herself. But when I scanned the table of contents, I was intrigued. Lil Hardin? Wanda Jackson? Rita Coolidge? Sure, Dolly, Loretta, and Barbara Mandrell are in there but you’ll be surprised by the list. KD Lang but no Patsy Cline? Okay, but wait a minute: What’s Lil Hardin doing in there? 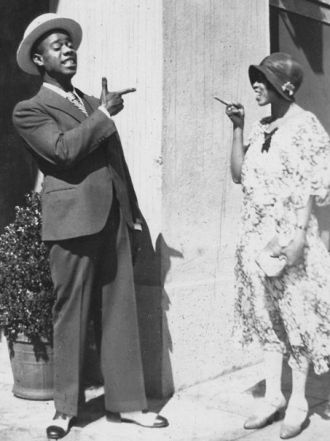 Lil was the second Mrs Louis Armstrong but more significantly, she was an important early jazz piano player and a songwriter who wrote ‘Just For A Thrill’ – a hit for Ray Charles, Louis’s ‘Struttin’ with Some BBQ’, and ‘Bad Boy – recorded by Ringo, Mink Deville and others. She was also a key member of the game-changing Hot Five band led by Louis. Her connection to Country music might seem tenuous though she did play piano on Jimmie Rogers’ Blue Yodel No. 9. The author of the essay, Alice Randall, is a novelist and songwriter who grew up in Detroit in the 60s. She explains why Lil Hardin appealed to her more than the obvious stars of her hometown – Diana Ross et al. Randall was the first African American woman to write a number one country song – Trisha Yearwood’s ‘XXXs and OOOs’. She calls Lil a trailblazer and makes a very convincing case for a musician who should be far better known.

A similar though very different essay later in the book comes from Kandia Crazy Horse, a songwriter and musician, who relates deeply to Rita Coolidge on the basis of their shared Cherokee background. Coolidge is another woman who doesn’t appear in MOJO often enough despite her association with Joe Cocker, Leon Russell, Hendrix, and many others, besides her one time husband, Kris Kristofferson. Kandia Crazy Horse’s vision of rock and roll history led her to name her first album Stampede (Buffalo Springfield fans will get this reference) and reconfigure the late 60s story so that Native American musicians are given their due and recognized for their heritage. Jimi Hendrix is well known to have Native ancestry but what about Ronnie Spector? I didn’t know that! 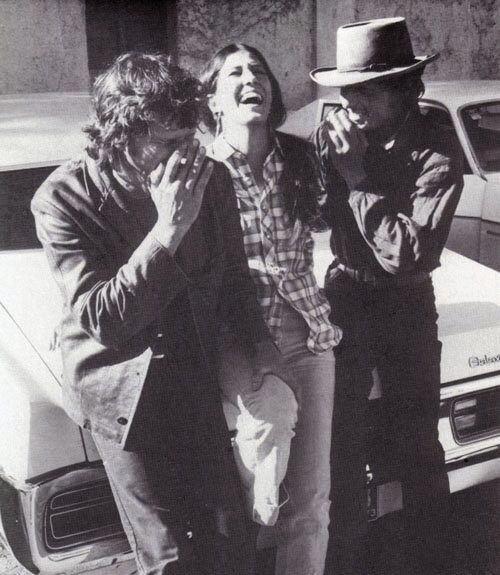 ‘Clowns to the left of me, jokers to the right’. Rita Coolidge stuck in the middle.

The second half of the book deals with more recent artists and will probably appeal more to country fans who are better acquainted with artists like Terri Clark and Kasey Musgraves. That said, none of these pieces is without some interest for the general reader. A collection of essays that simply made the point that the music business is difficult for women would be redundant. It’s pretty clear now that Hollywood is hell on earth for female actors and corporate life probably isn’t any easier. The music business has always been a nasty place generally but always much worse for women. Country music seems like a genre where women have always had more or less equal billing – compared to say, Prog Rock – but it’s complicated. Tyler Mahan Coe’s podcast, Cocaine and Rhinestones, is an excellent corrective here. Listen to the episodes on Loretta Lynn and Jeannie C. Riley. Find out what happened to Garth Brooks when he presented TNT with a music video depicting an abused wife fighting back. Banned! Truly. 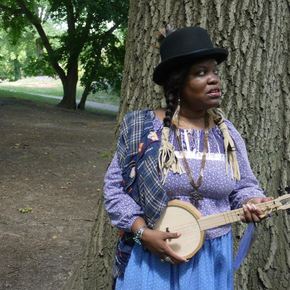 This collection doesn’t shy away from pointing out the hypocrisy and the often blatant sexism at work in the music industry but there is more here than a series of polemics. The real theme of the collection is inspiration. Reading through, I was struck over and over by the impact music can have in people’s lives. Ronni Lundy’s essay on Hazel Dickens outlines Lundy’s own startling journey and the way in which Dickens’ music turned up at key moments. She didn’t find the music, the music found her. It is something that many of these writers come back to in this book. I don’t have much interest in The Judds but I was struck by Courtney E. Smith’s story of how she bought their Greatest Hits cassette on a school visit to New York and fell asleep listening it every night of the trip. I have similar stories and so do you. It’s that sort of book and one well worth reading even if country music isn’t your thing.

Meanwhile, I happened to read yesterday that Lucinda is at work on a memoir. Stay tuned!

*To Grammar Enthusiasts: It is indeed Woman and not Women in the title. At first I thought it was a sly reference to Mary Wollstonecraft’s ‘Rights of Woman’ but it is, in fact, the title of an Emmylou Harris song.