All in the Downs by Shirley Collins, Strange Attractor Press, 2018

Jazz ruined her first marriage. Her husband loved it; she didn’t. He played it so much that one night she lost her temper and threw a tea cup against the wall. His love for jazz extended to inviting young jazz musicians to stay with them at their house. Some of these people had drug habits and one day a couple of East End heavies came to the door. Someone owed them money. Shirley Collins wrote them a cheque. Then she wrote a note to her husband. No more jazz; no more jazz musicians. Goodbye.

This was in 1970, by which time Shirley Collins was a famous folk musician in England. She was still mistaken for Judy Collins occasionally by confused interviewers but she had been recording since the 50s and, along with her sister Dolly, made a number of fascinating and well received records. Ten years later, her career was winding down and she had begun a series of jobs as an administrative assistant in various government offices. From the early eighties until she retired in 1995 she worked in offices, typing and filing. In the early 90s, a young co-worker crankily observed that he was stuck working with a bunch of old ladies who had never done anything but work for the government. Shirley said this wasn’t the case. She had been on television, played the Royal Albert Hall and the Sydney Opera House. He apologized. And so he should have!

Why was one of the great figures of the English folk revival typing up council meeting minutes in the 1980s? I imagine Kate Bush coming on the transistor radio in the lunchroom and Shirley looking around to see if anyone noticed how indebted the younger singer was to her. But, sadly, by this stage, Shirley couldn’t sing. She suffered from a condition called dysphonia, otherwise known as ‘marrying someone from Fairport Convention’ syndrome. It started when her second marriage, to former Fairport bassist Ashley Hutchings, disintegrated in the late 70s. The other famous folk sufferer was, yes, Linda Thompson. It’s no joke, of course. The condition, which is still not fully understood, shut down the careers of both these talented performers.

With Ashley Hutchings in the early 70s

She did make an amazing comeback in 2016 at age 81 with the album ‘Lodestar’. Listen to it and then stop moaning about getting old. This is her ‘Blackstar’. All of those fallow years did nothing to dampen her originality and exquisite taste in ancient English songs. Her voice has deepened slightly but, as with her best work of the 60s and 70s, there is a timeless quality to her delivery. There’s no real comparison with any of her near contemporaries. She’s nothing like Sandy Denny or Maddy Pryor or Linda Thompson or anyone else in the folk rock box. On the other hand, she’s not like Peggy Seeger either. I always think of John Clare when I listen to her music. Her England is rural and wild but threatened by enclosure. There are Romany families on the road and a few old Luddites here and there.

The interesting thing about Shirley Collins is that she was always immersed in English folk music without ever succumbing to the almost Stalinist orthodoxy of people like Ewan MacColl. He doesn’t come off very well in the book. An account of a disturbing ‘#Me Too’ moment with him is followed by a hilarious description of him sitting astride a chair at a folk club with eyes closed and a hand to one ear, presumably making sure that the singer on the floor wasn’t performing a song written more than 20 kilometers from where the singer was born. Such were the strict parameters of the English folk politburo of the early 60s. You can imagine what MacColl thought of Donovan!

Collins performed traditional material but was always open to innovation. MacColl’s puritanical approach has always struck me as slightly pathological. He wanted to collect, control, and dominate. Shirley Collins simply loved the music. She also realized that it could be preserved without putting it on a shelf in a jar. Her famous 1964 collaboration with Davey Graham, ‘Folk Roots, New Routes’, is a good place to start. Graham, who wrote the instrumental Angi and was a great influence on Jimmy Page, was the definition of far out in the early sixties. He was ostensibly a folk musician but was incorporating outlandish open tunings (he more or less ‘invented’ DADGAD, for instance) and Moroccan rhythms into his sound. Together they recorded English folk songs and, according to many critics, created a key album in the English folk rock story. Some, like Rob Young, the author of Electric Eden, suggest that it is actually the starting point for the genre.

But let’s talk about ‘No Roses’, the greatest album Fairport Convention never made. Except that they sort of did. Most of the ‘Liege and Lief’ era members (only Sandy and Swarbs don’t appear) turn up somewhere on this 1971 album. I’m not going to suggest that it is the equal of that record but if you love ‘Liege and Lief’ and are frustrated by all of the Fairport albums that followed, I might be your new best pal for suggesting this one, if you’ve never heard it. Richard Thompson, Simon Nicol, Ashley Hutchings (it was his group, the Albion Country Band backing her), and Dave Mattacks all appear on the record, along with members of the Young Tradition, Maddy Pryor, sister Dolly, Lal and Mike Waterson, and the awesome Nic Jones. I found out about this record reading Electric Eden and it has become a great favourite. 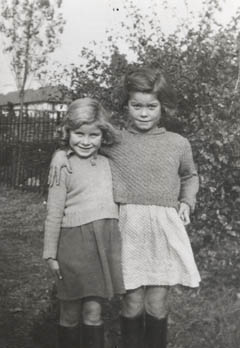 Collins devotes space to both of these records, of course, and to her life among the stars of English folk rock. But the book is far more than a litany of meetings with remarkable guitar players – she did have tea with Jimi Hendrix – or a bitter rant about the music business – something that would be entirely justified in her case. She was born in 1935 and regards her childhood memories of Sussex as the beginning point of her love for English folk culture. I found myself sinking happily into a pre digital world that wasn’t all that different from John Clare’s, in some ways. She weaves a number of folk songs into the narrative. All of them are of interest and there is nothing pedantic in her descriptions. Her knowledge of the tradition is wide. There was a time when men and women roamed England collecting songs from anyone they could find. This was the raw material for the folk revival. Collins describes this process and gives credit to those involved. I was particularly impressed by her admiration for the Romany singers whose contribution is sometimes forgotten and whose descendants remain subject to terrible discrimination.

Where singers like Sandy Denny, Vashti Bunyan and, to a lesser extent, Anne Briggs have become cult figures, Shirley Collins is, to my mind, still wildly under appreciated. She was awarded an MBE and declared a national treasure by Billy Bragg but I feel like she isn’t accorded her rightful street cred. Listen to ‘Anthems in Eden’, a 1969 album with Dolly. You think you’ve heard Freak Folk? This really is folk music and it is freaky stuff, by any measure. You can read all about how it was made in her book. All in the Downs is an endearing and thoughtful memoir for fans and novices alike.

Teasers: Sometimes your heroes are jerks in real life. Shirley isn’t vindictive but there are some devastating portraits in this book. If you’re a fan of Ashley Hutchings…

There’s not a lot of old footage of Shirley available but this is from a 1970s BBC documentary:

3 thoughts on “The Skylark”