Every Song Ever: Twenty Ways to Listen in a Musical Age of Plenty by Ben Ratliff, Farrar, Straus and Giroux, 2016

I’ve just celebrated, if that’s the right word, one of those ‘milestone’ birthdays, the ones that end in zero and send you into all kinds of generally pointless reflection. Out of the rubble of regret and mourning for my lost youth came an idea. I would try to listen to something new every day. This isn’t some kind of mid life crisis where I start listening to current pop or rock and roll. I try to listen to new bands but I always feel like Mr Jones. I can hear something is happening but I don’t know what it is. No, the idea was that I would listen to albums, bands, or songs that I had simply hadn’t heard. So, for example, I listened to Hot Rats the other day. I had never heard it and now I have. I listened to an Eric Dolphy record called Out To Lunch and Joao Gilberto’s self titled ‘white album’ from 1973. I can hear you screaming, ‘what you’ve never heard that album?! Why am reading your blog?!’ Relax, I’ve heard it now.

A handy book appeared around the time I made this momentous decision and it is called Every Song Ever: Twenty Ways to Listen in a Musical Age of Plenty by Ben Ratliff. The premise of the book is this: We have access to an enormous amount of music at the moment but what do we do with it all? How can we handle the sheer weight of, say, every Fela Kuti album? It’s changed everything. When I think back to the mid eighties and the time and energy I spent trying to hear, just hear, Big Star… Ok, I’m showing my age and being boring!

He acknowledges the obvious problems with this much access. Writers like Nicholas Carr have suggested that the internet is turning us all into shallow readers and I suppose the same argument could be made about listening. Ten seconds of a Burundian guitar player, back to Blonde on Blonde for a few bars of Absolutely Sweet Marie, hmm, I’m going to listen to that Roger McGuinn solo album that Petty plays on now. And so on. Every Song Ever is thus a self help book of sorts for distracted listeners.

His twenty chapters are based around specific elements in music. But this isn’t like one of those old LPs which explains music theory in a ‘fun’ way. He avoids, for the most part, formal music terms and looks instead at elements like ‘Slowness’ and ‘Speed’ where he considers the effect of tempo. He makes the interesting observation that music should never be too fast for dancing. He also dismisses the idea that speed is a mark of virtuosity, noting that speed is instead ‘like a sweater on a dog at a show’. It’s nice but it’s the dog that’s being judged.

The chapter on ‘Transmission’ is particularly interesting. He quotes the 19th century writer Evard Hanslick who wrote that ‘music mimics the motion of feelings’. This rather romantic idea was dismissed by the formalist critics of the early 20th century who tried to quantify the effects of music with elaborate theory and somewhat pseudo scientific ideas about our relationship to it. Ratliff points to the Sufi tradition and the wildly spiritual music of Nusrat Fateh Ali Khan as evidence that the place where music comes from is no simple matter. John Lennon’s performance of Julia, one of his great moments, is mentioned here too.

The chapter on ‘Space’ poses an interesting question: ‘When you listen to music, do you want to feel that you are in a particular kind of physical structure or landscape? A cathedral, a cube, a club, a desert, a marketplace?” If I was enjoying the book before this point, I was completely captivated by this idea. I thought immediately of John Bonham’s drums at the beginning of Where The Levee Breaks. Even without knowing the story behind the recording, the sound is evocative spatially. You can hear the place as clearly as the drums and it is exactly where you want to be. Paul Horn’s Taj Mahal album came to mind too. And then I thought about all of the famous studios and what the Stones achieved by recording Wild Horses in Muscle Shoals.

The book certainly got me thinking about some of my favourite songs and how they are so much more than just a riff or an evocative set of lyrics. There is a chapter on ‘Closeness’ that seemed to define what I love about The Everly Brothers 1960s output. The chapter on tone seemed to contain a clue to the religious mysteries of Buddy Holly. Even individual instruments were brought to mind. Why do I love the flute so much? Is it something to do with ‘density’? 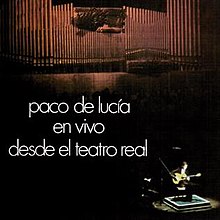 But the other aspect of this book is the examples that he uses to illustrate his various claims. The book is not long, 272 pages, but it will take you weeks to read because you can’t help tracking down the songs and albums he mentions. They are threaded through the text and featured in a list at the end of each chapter. Hence the serendipitous appearance of this book as I vowed to listen to more unfamiliar music. In the ‘Slowness’ chapter, I discovered Dadawah’s Peace and Love album, some magic mid seventies reggae. The ‘Discrepancy’ chapter yielded Willie Colon’s Lo Mato album from 1973. The improvisation chapter alerted me to the music of Derek Bailey, an avant garde guitarist, and Paco De Lucia’s scorching 1975 En Vivo Desde el Teatro Real album. So much good stuff. I ended up keeping a notebook nearby so I could make a list of albums, both known and unknown, to listen to later. It’s that kind of a book.

Ratliff’s tastes are, to say the least, catholic. One minute he is dealing with the volume at a Jerry’s Kids (the hardcore band, not the telethon) show, the next he is providing a context for Steve Reich’s Four Organs. One of the things I considered in the lead up to my ‘milestone’ birthday was the melancholy fact that there was great music out there that I would never hear. I will try my best but there are only so many hours in my remaining days. Wow, what a grim sentence! Anyhow, this book was very reassuring. If I can’t hear everything, I can at least listen a little more deeply and make sure that none of those hours are wasted.

Teasers: Lovely analysis of Curtis Mayfield’s guitar style, the Italian word for the way Bing Crosby sings, and the idea of ‘ownership’ in music.